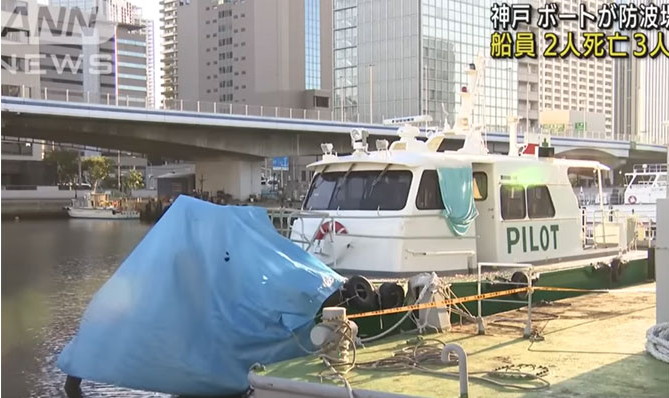 2 people died and 3 were injured when a pilot boat crashed into the breakwater off the Japanese city of Kobe.

A pilot boat, off the coast of Meriken Park in Kobe, Japan, crashed into the breakwater for an unknown reason.

It was announced that 2 of the 5 crew members died due to the impact of the crash, and 3 of them were injured in the accident, which took place around 03:00 local time.

The boat, which was badly damaged in the nose, was towed to the port. It was stated that none of the personnel fell into the sea during the collision, and it was recorded that all the crew were injured in the boat due to the severity of the accident and were sent to the hospital.

The Japan Coast Guard has launched a detailed investigation to determine the cause of the accident.

How did the accident happen?

At around 3:00 am on September 4, 2022, Kobe Coast Guard Command was informed that a pilot boat collided with Kobe Shinko's breakwater in Chuo Ward, Kobe City. Two of the five people on board died: the captain (52) and the pilot (71). The remaining three pilots and crew, aged 50 to 70, were injured, two of them seriously.

According to the Ministry of Security, a pilot boat is a ship carrying a pilot who guides large foreign ships entering the port. This time, the colliding ship was about 15 meters long and had a gross tonnage of about 18 tons and was on its way for business. The hull damage is serious and the Coast Guard will investigate the cause of the crash.

Opinion What is a Tug's Bollard Pull and How İt is Calculated?
662