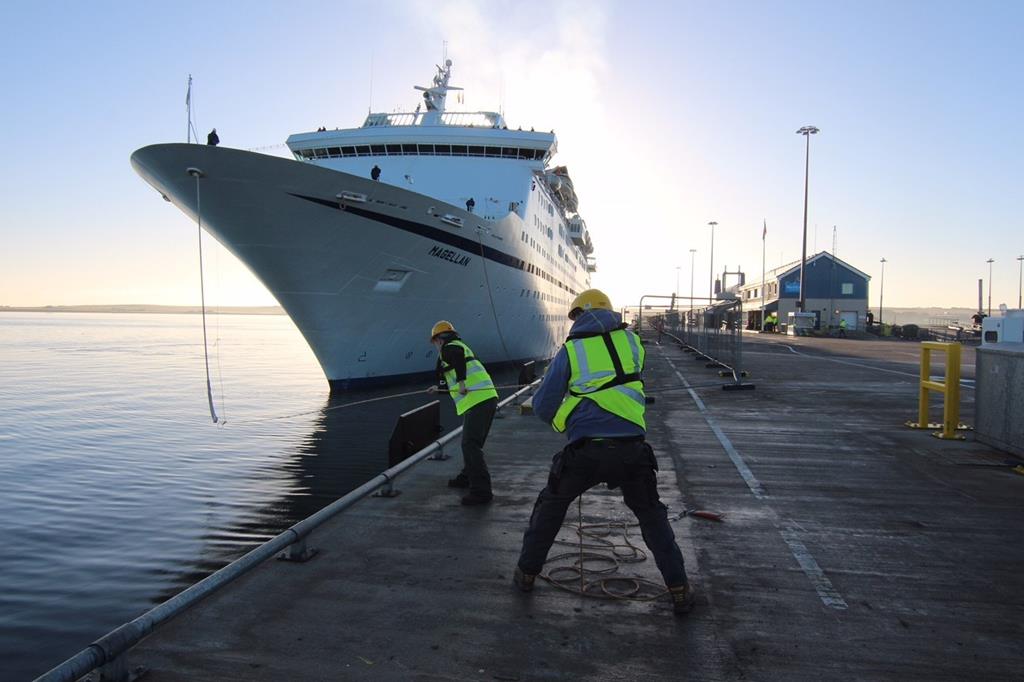 The British Ports Association has today launched a new initiative looking at the implications of autonomous shipping for UK ports, including a call for evidence from interested parties. Maritime Autonomous Surface Ships (MASS) involves the automation of vessel and onboard processes which could alter how ports and ships interface with each other. The BPA which represents the majority of UK port activity including 85% of the shipping movements in and out of the country, is keen to explore what the future developments of shipping will mean for the sector.

As part of the initiative the BPA is creating a new Autonomous Shipping in Ports Network and today is opening a call for evidence from the wider maritime community on what ports should consider to prepare for receiving autonomous ships in the future.

This will feed into the BPA’s own MASS analysis as well as its discussion with industry partners through bodies such as the industry umbrella group Maritime UK. Commenting on the new programme Richard Ballantyne, the Chief Executive of the British Ports Association said:

“The prospect of seeing autonomous ships in UK ports is definitely on the horizon but there will be much to do to prepare ourselves. This includes the consideration for port and marine operations, regulatory frameworks, infrastructure and receptions facilities, land to vessel communications and vessel safety.

Although we are at the early stages, a lot of work is taking place across the maritime community. Many UK ports are now starting to ask what they should be considering as they develop their ports and recruit the next generation.

This will be an ongoing initiative for the BPA but initially we are inviting evidence from a cross section of maritime sector organisations. This will be in relation to issues that they see specific in to ports and harbours moving forward into autonomous maritime operations. It will also help us to support and participate in various government initiatives in the UK such as Maritime 2050, the work of the Maritime Skills Commission and other innovation, sustainability and infrastructure projects.”

The BPA’s new Network will be open to all its port members but it will also be drawing on external expertise from specialists working in the marine and MASS sectors.

In terms of the call for evidence, the BPA is asking interested parties to feed in information on the following topics, where relevant –

1. How will autonomous shipping change the land-sea interface at and around ports?

2. What physical and digital infrastructure will ports need to provide to receive autonomous vessels?

3. Specifically how might autonomous vessels interface with VTS services/port control?

4. What are the expected timescales - when will ports in the UK see regular autonomous activities around our coastline?

5. What types of shipping activities could be the first to embrace autonomous shipping - e.g. short sea, bulks, unitised, passenger?

6. What are the safety implications and how will risks be assessed and managed in ports areas?

7. What, if any, new regulatory powers will ports need to consider to manage autonomous vessels?

8. What are the legal and insurance implications of having autonomous ships in ports and harbours?

9. What will this mean for people at ports and how might ports need to do to prepare their workforces?

10. Are there other issues that should be considered including supplementary evidence?

The BPA will welcome responses to some/all of these questions from interested parties by 12 October 2020, as well as any supplementary information. Please email responses to: info@britishports.org.uk

Login or register to write comments and join the discussion!
TT
Tansel Tüfekçi Botas, Turkey
Easy job will be for pirats.
0
Read more...

Autonomous ships news are often mislead and misinformed, causing worries within the seafaring community while corporations continue to get what they want - publicity, headlines and $$ investments . Life at sea is already hard enough, don't let their exaggeration affect you! WIth a bit of research, all source point to the same conclusion. As Maersk Line's CEO points out - Unmanned Containerships? Not in My Lifetime. In this video I will break them down for you. Here is 10 reasons why...

Video How seafarers are helped to pilot autonomous vessels?

More on the power of Simulation and Training: https://pages.wartsila.digital/simulation-and-training-yt
ISTLAB photos by SAMK / Pekka Lehmuskallio

Resilience is the hallmark of life. The video, titled Fortitude in Adversities, endeavour to highlight our camaraderie and unity as professionals during this pandemic. As we sail through uncertain times, with our core values of Safe, Professional, Reliable and Efficient, we will continue to keep the port safe and the ships moving. We are the Singapore Maritime Pilots. ~ Total Excellence Creative Team #harbourpilots #harborpilots #maritimepilots #marinepilots #pilots #singaporepilots

The Tampa Bay pilot association has returned its first Chesapeake Class pilot boat to Gladding-Hearn Shipbuilding. Tampa was built in 2003 when the shipyard introduced the class of mid-size, high-speed launches.