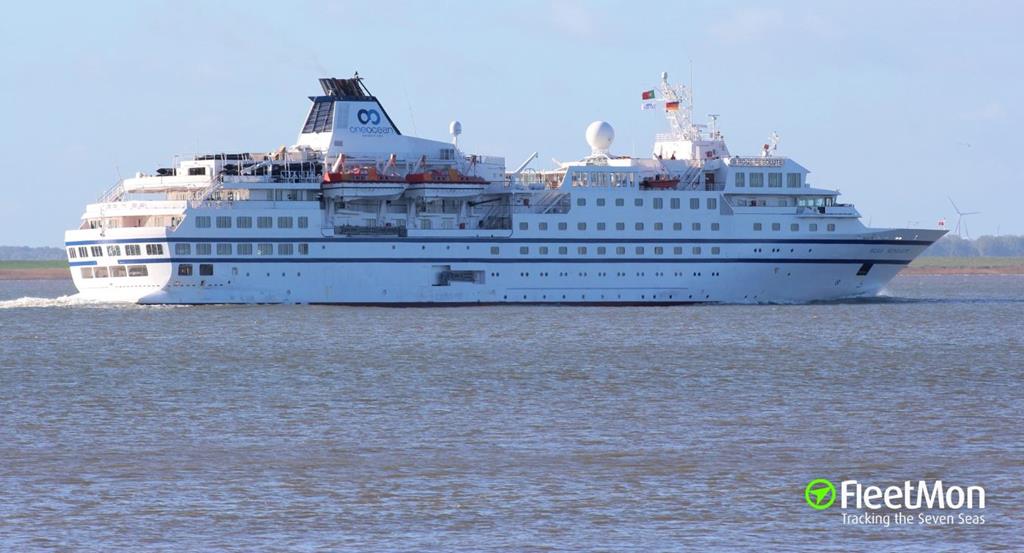 A patrol boat of the Navy of Venezuela sank in international waters after apparently shooting and ramming a German cruise ship. Allegedly the "Resolute" was to be diverted off course.

Threatening maneuver off the South American coast: A patrol boat of the Venezuelan Navy is said to have fired at the German cruise ship "Resolute" and apparently rammed it deliberately. The Venezuelan boat sank as a result, however, according to the Hamburg-based operating company of the cruise ship, Columbia Cruise Services.

The incident off the Venezuelan island of La Tortuga had already occurred on March 30. At that time, "Resolute" had only 32 employees, but no passengers on board and was on its way off the island to carry out routine engine maintenance in Curaçao, the report continues.

The ship was not hardly damaged in the collision. It has a reinforced hull for voyages in the Antarctic. The vessel, currently flying the Portuguese flag, was apparently intended to be diverted off course by the Venezuelan patrol boat. However, the captain of the "Resolute" had indicated that it was in international waters. The "Naiguata" then rammed the cruise ship and began to sink. The Venezuelan crew was apparently saved by the navy.

After the incident, Venezuelan President Nicolas Maduro spoke of "an act of terrorism and piracy" and ordered an investigation. "If it had been a tourist ship, it would not have appeared to want to attack," Maduro is also quoted in South American media.
FleetMon.com
What's your opinion on this?
Login or register to write comments and join the discussion!
Read more...

Article 2022: A large vessel is to cross an ocean autonomously

For the first time, a large vessel is to cross an ocean autonomously. The giant, developed by Hyundai, could usher in a new era of seafaringt: 300 metres long, 50 metres wide, with space for 180,000 cubic metres of liquid gas.

Article Marine-Pilots.com says thank you for more than 44,000 page views in 7 weeks!

by Marine-Pilots.com - published on 3 December 2019

It all started with the idea and vision of a large community of Marine Pilots, bringing people and organisations together. A web portal that gathers all the information for the pilot industry, makes all the stakeholders visible and gives the world's pilots an opportunity to exchange ideas among themselves.

Article More details and an analysis of the Ever Given accident

For "Der Spiegel", an experienced pilot and ex-captain analysed the accident of the freighter Ever Given, which blocked the Suez Canal for days, on the basis of documents. His conclusion: the captain and pilot made serious mistakes during the passage.

Editors note: Great video with a brilliant technique: Move your phone while watching and see the different angles of the full 360 degree view. Amazing!
A big thank you to Kris de Decker.