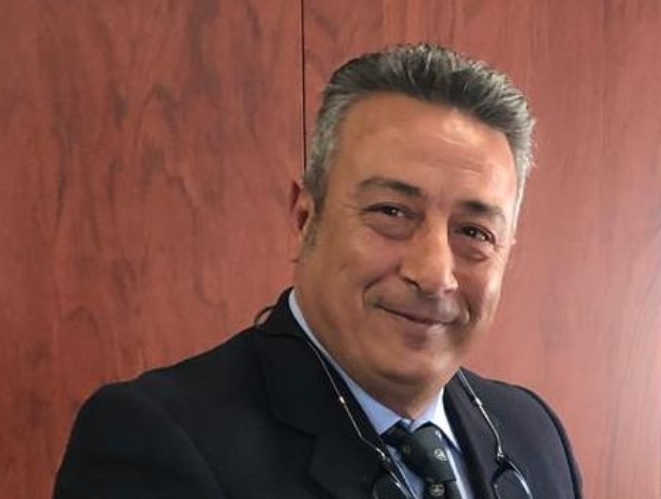 Vincenzo Bellomo
photos, graphics and article by ShipMag.it from 2nd July 2020
The article was automatically translated from Italian into English.

Rome - "The interview that appeared on Shipmag.it, by the new president of Fedepiloti Luigi Mennella, re-proposes the opening of the "dialogue to mend the rift that there was so many years ago". However, the tenor of the statements does not seem to be a prelude to a rediscovered unity among the trade associations". This was written in a letter addressed to Fedepiloti and to Admiral Giovanni Pettorino the president of Unione Piloti, Vincenzo Bellomo.

"To attribute to Unione Piloti - Bellomo writes - the responsibility to respond to the peacemaker messages with sudden attacks, is singular. Perhaps we have lost the memory of the numerous attempts to create a relaxing and clarifying atmosphere aimed at re-proposing the pilot service with the involvement of those who sing outside the chorus. However, the initiatives that have been put forward have seen proud opponents who have used any pretext to sow the seeds of discord".

"And yet, having been a founding member of Unione Piloti, President Mennella should know deeply the reasons for the split, which was not a rash move but the result of a pondered reflection originated by the discomfort caused by the lack of a frank confrontation. The new President's reaffirmed willingness to move in the direction of continuity does not appear to be an offer of peace. In fact, it brings to mind the statements made, the last in a very long series, by Francesco Bandiera during last year's assembly of French pilots or the communications of the Fedepiloti that bordered on the offense".

"It's true: marriages are made in two, but it's equally true that a lasting union is based on the principles of equal rights and equal dignity between the spouses, otherwise the cause that led to the divorce from Fedepiloti would be repeated. To be honest, there are no proposals for the refounding of the association, other than the one put forward by UPI on the occasion of the election of the President Flag to unify the category. Mennella should well remember that the draft agreement was rejected without any argument to prove that reunification is pursued in words by Fedepiloti while, in reality, it is nothing but the ill-concealed attempt to obtain an unconditional surrender".

"We are ready and willing to discuss the refounding of the category, the way to deal with the changes that will affect the pilotage service; the authenticity of this conviction of ours is amply testified by the facts. Our willingness, however, does not consist in the passive and uncritical approval of theses and proposals that, in the past, were precisely the cause of the split and that today are presented again. In fact, we do not share the opinions put forward in support of the study commissioned to CIELI and, of it, we agree exclusively on the validity of the tariff formula as it is noted in our paper, presented several months ago to the superior ministry".

"The concern of the Commander General of the Harbour Offices ("the strength of an organization, which expresses such an important service, cannot be expressed if there is division" and "There is no strength in asserting one's own reasons if there is no unity") can only be escaped by unequivocal reasons to be carried out for the good of the pilotage service which are the result of a frank and fruitful confrontation; certainly not by decisions taken within an oligarchy. On the contrary, the search for a fusion between the two associations is nothing more than a mirror for the larks. To Admiral Giovanni Pettorino, to whom we renew the senses of our devotion, we would like instead to suggest that Unione Piloti also be granted a greater frequentation of the General Command circles. Knowing better and directly our association, he could be surprised by people who, not being afraid to strongly support their ideas, are able to become "shadows" that cast light".
Original article on ShipMag.it

ShipMag.
What's your opinion on this?
Login or register to write comments and join the discussion!
Read more...

Article Capt. Luigi Mennella is the new President of Fedepiloti

Capt. Luigi Mennella is the new President of the Italian Federation of Ports Pilots.

Article Roberta Coppa (Fedepiloti): "There are still too many gender prejudices in our world".

Roberta Cotta and Teresa Matarese are the only two women in the Italian Federation of Harbour Pilots (Fedepiloti) team of 212 professionals.

The pilot boat Lesath brings the harbor pilot to the Allegro. It was windy and the sea was rough, the conditions where not extremely, but the boarding is not whitout risk.
This video is created 2 days after storm Ciara in the Port of Rotterdam. This was also the first day that the containerterminals where open after the storm.
Shipspotting Rotterdam,
Enjoy

Opinion What is a Tug's Bollard Pull and How İt is Calculated?
211