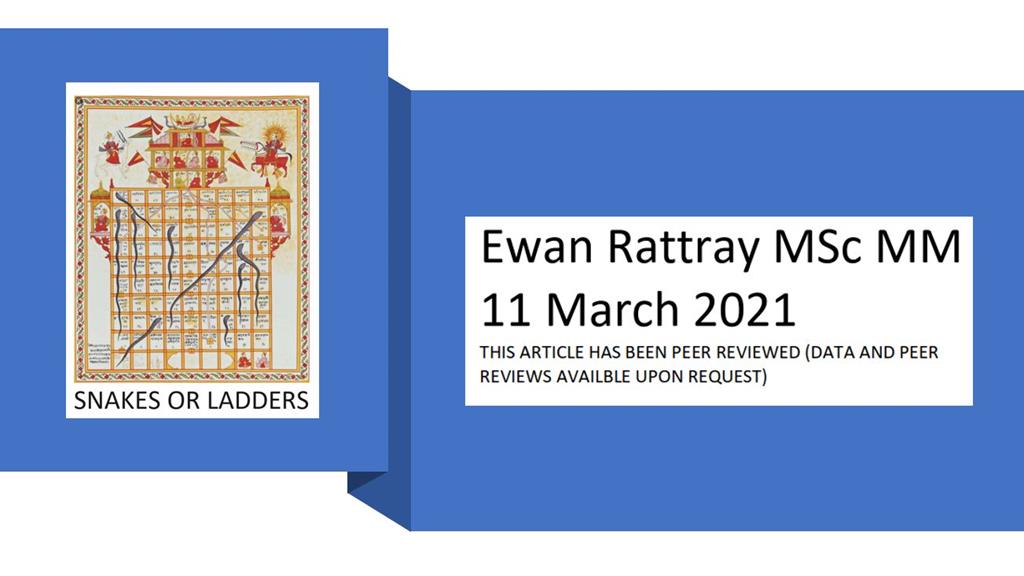 Although the boarding and landing of pilots is regulated, there are a high volume of non-compliant transfer arrangements throughout the industry. With that in mind, I have conducted much needed industry research into the issues surrounding non-compliance - Please see attached research paper.

I would like to thank my colleagues Kevin Vallance, Arie Palmers and John Pearn.

"The paper deserves wide acceptance by the maritime community and I have no hesitation in recommending such."

"The research and findings in the paper have codified and substantiated many of the concerns raised by pilots and pilot organisations worldwide. It should be considered by government, industry and pilots as an opportunity for positive discussions that will help inform and improve the safety of pilot boarding. The need for action is acute and immediate."

The paper is open access so please do use and share provided the original work is properly cited.

The results and conclusions in this article are based upon the review of relevant literature, research and data analysis and have not been influenced by the professional views, opinions or experiences of the author.

Although the boarding and landing of pilots is regulated, there are a high volume of non-compliant transfer arrangements throughout the industry. An industry which highlights and is conscious of risk and promotes the importance of a proactive safety culture. In light of this, it is the aim of this research to critically investigate and understand what is contributing to such a high level of non-compliance.

The first step was a literature review which highlighted several key areas where associated areas of the framework may be falling down. The problem was, owing to a lack of current research the failings in the literature review could not be directly linked to the boarding and landing of pilots. To this end, a mixed methodology review was adopted in order to further investigate and document the areas affecting compliance.

The research produced a number of key findings. Namely a failure in regulation, regulatory enforcement, training and vessel design. All underlined in an industry which did not promote, encourage or learn from accidents and incidents. This resulted in an industry which erroneously and dangerously left pilots to become the last line of defence in a system which did not work. Although the research identified several key failings, the main conclusion that was drawn was that there are several key measures which can be adopted which would greatly improve the safe boarding and landing of pilots.

The Laws of Oleron were introduced into English Law in the 12th century. Their purpose was to govern maritime trade in the West, through a body of rules and standards for all stakeholders. (Wood 1914). An example of one such rule was Article XXII, which stated that if a pilot had the conduct of a vessel and failed in his duty, he was to make full satisfaction to the vessel’s master or risked losing his head. Thankfully, in modern society, it is no longer commonplace to cut off a pilot’s head. As described by Boraiko, Beardsley & Wright (2008), we now live in a world where we are conscious of risk and accidents and incidents are investigated with a view to prevent reoccurrence and to increase the overall safety culture.

So, what changed in 800 years?
The answer is twofold. As explained by Friedman et al. (1967) the way to enforce changes to societal beliefs is by altering both custom and law. Essentially, society grew to believe that an injury or death in the workplace was unacceptable, and the law changed to put accountability onto the employer. Coupled with the growing realisation that industrial injuries and claims are better avoided through system and design changes, rather than blame and a fear of reprisal (Dekker 2014, p.6-7). These changing views, alongside new legislation forced our industries to implement change. So much so, that we now live in a society where a business or industry, which invests time and money in building a strong relationship with safety systems, safety climate and building a safety culture, will actually be rewarded in terms of competitive advantage, reliability and profitability - a concept which is commonplace today (Cooper 1998, p.32). A concept which has also been adopted by the maritime industry. The International Maritime Organisation (IMO), operate with the mission to promote and adopt the highest standards of safety through international cooperation (IMO 2019). Taking all of this into account, it would be safe to assume that society could no longer imagine a pilot losing their head at the hand of the master..
Has the change worked for Maritime Pilots?
Although not losing their heads, unfortunately, pilots are still being injured during the course of their duties, specifically whilst boarding and landing vessels. According to the UKMPA (2020), in the last four years, six maritime pilots have lost their lives boarding and landing vessels, and The American Club (n.d), predict that pilot fatality is as high as 2-3 per year. Worryingly, of the five reported deaths, only two accident and investigation reports are publicly available; all somewhat contradictory to the safety culture we discussed above.

If we take Europe as an example, a low estimation of pilotage numbers would be at least one million acts of pilotage a year across Europe (European Commission Directorate-General for Mobility and Transport 2012). When we consider these numbers concerning pilot fatalities, it could be argued that boarding and landing is statistically safe. The problem being, there are no definitive near-miss or accident statistics surrounding boarding and landing to compare these numbers against.
However, what we can compare is that surrounding each pilot’s death the transfer arrangement was is some way non-compliant. For example, the MAIB concluded in their Sunmi and Patrol report regarding the fatal accidents of a pilot, that although there were contributing factors, the transfer arrangement was non-compliant (MAIB 2017). Essentially, if the vessel SUMNI had provided safe and convenient transfer arrangements, as is required in law, the accident would not have happened. Another unfortunate example is the incident involving the Maersk Kensington. The pilot tragically fell whilst trying to manoeuvre past a non-compliant trapdoor arrangement (Nautilus International 2020).

All things considered, society and our industry have accepted that a pilot should not lose their head when something goes wrong. furthermore, we recognise the benefits learning from accidents and incidents brings. Despite this, it would appear the same courtesy is not being offered to pilots when they board or land a vessel. Much like a game of snakes and ladders, pilots are having to rely upon a role of the dice and take a gamble; will we get a snake, or will we get a ladder? To this end, the question is why?