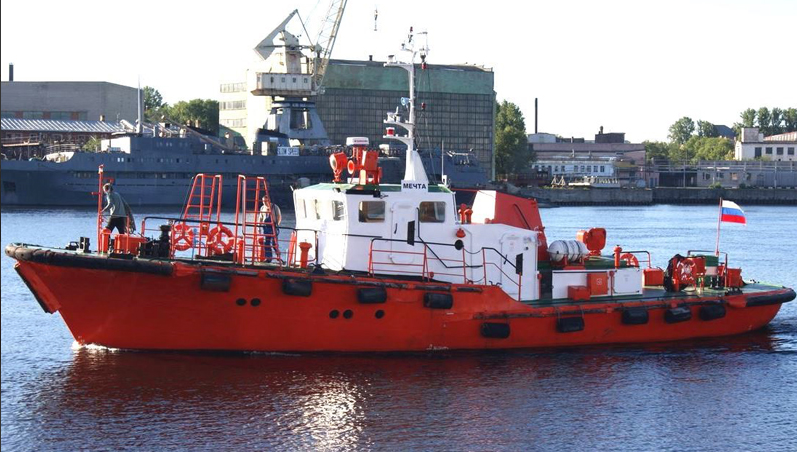 Photo and text by Rosmorport

The pilot boat became the 7th pilot vessel and the 59th vessel in the entire fleet of the Azovo-Chernomorsky Basin Branch.

The boat Mechta is a steel single-deck vessel with a ledge in the bow, a single-tier wheelhouse and a stern arrangement of diesel engines. The vessel is propelled by two all-cast four-bladed fixed-pitch propellers.

Pilot boats of this project can be operated in winter conditions with a thickness of broken ice no more than 30 cm.

The vessel is equipped with an open bow with handrails, which ensure safe boarding and disembarkation of pilots. At night, the pilot boat's lighting system provides the necessary level of illumination of the landing place on the deck.

The Azovo-Chernomorsky Basin Branch plans to use the pilot boat Mechta to deliver pilots to vessels in the seaport of Kavkaz and in other seaports of the Azov-Black Sea Basin.
Russia
What's your opinion on this?
Login or register to write comments and join the discussion!
Read more...

Here’s a cool little video of the rough weather sea trails of ‘Port Láirge’ The Port of Waterford’s new Interceptor 48 pilot boat ready to be delivered next week. We had two days of rough weather, a Force 8 with 3.5m seas putting up some surf breakers over the Daunt and a second day with winds reaching Force 10 offshore, with 55kts of wind and 5m swells, allowing us to properly test her capabilities ensuring she's fully fit for purpose for the pilots and crew. Doing so we captured some...

Pilot Boat 68 heads out in choppy seas in the Dardanelles

by Frank Diegel - published on 1 September 2020

"An old experienced pilot sometimes loses a ship by his assurance and over confidence of his knowledge, as effectually as a young pilot does by his ignorance and want of experience."
Let us remind ourselves every day of the principles of safe seamanship...

Article Information & Rules of conduct for maritime pilots regarding COVID-19

Information about Corona, COVID-19 and SARS-CoV-2.