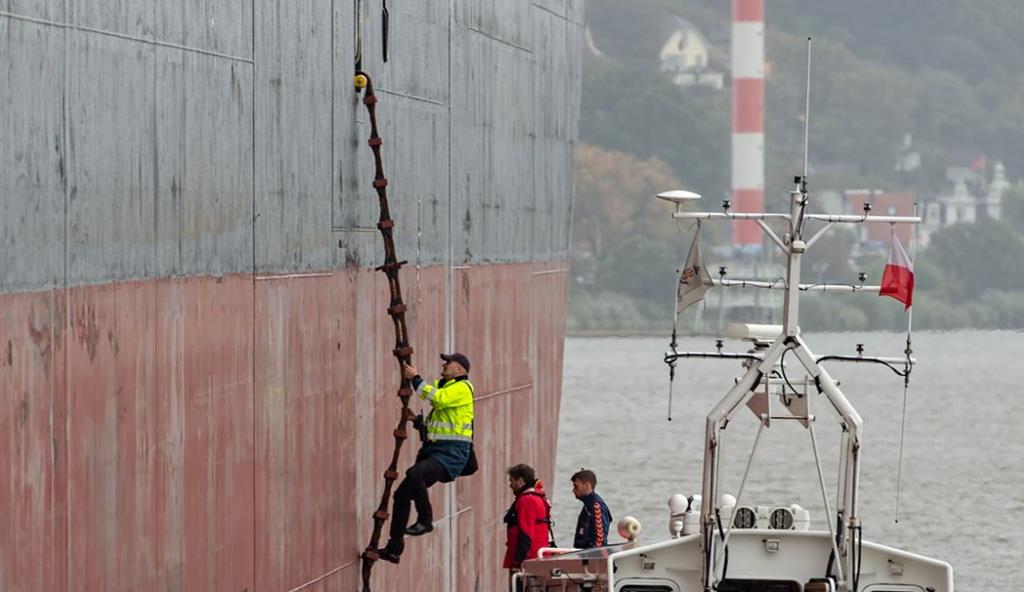 Introduction
I made the jump ashore and joined ABP as a Marine Pilot Apprentice in September 2018, coming from a background in the shipping industry (Officer of the watch), now in my 2nd year of a 2 year Level 5 Apprenticeship. Under UK Law, A marine pilot is a person employed by a ship (But not part of the ship’s crew) that is inbound or outbound of a UK port, who has the “Command of the navigation” within pilotage waters.

ABP has created an apprenticeship program
which allows younger officers with seagoing experience (Minimum of OOW + 12 months sea time needed), a chance to get a foot in the door in the world of pilotage. The eventual qualification goal is to achieve a diploma in marine pilotage, as well as to authorise as a “Class 3” pilot within your chosen district (In my case, South Wales).

The first year of this apprenticeship involved moving to the Humber region, where I would begin “tripping” onboard ships inbound and outbound of the Humber ports. “Tripping” is the term used when a pilot in training accompanies another pilot as an observer. As the Humber region is viewed as one of the most difficult areas in the world to navigate, it is viewed that if you can pilot on the Humber, then you can pilot anywhere.

The purpose of the first year
would be to observe and gain as much experience of ship handling and bridge procedures, as well as taking in as much as possible about pilotage generally. I was given the opportunity to get “hands on” with manoeuvring and conduct acts of pilotage independently.

An act of pilotage consists of several parts, and no two days are the same. Whilst training, we are allowed to pick and choose our own jobs. This allows a great deal of flexibility and allows us to choose jobs which will be most beneficial to our training and experience.

During the first year,
I also had the opportunity to overserve other operations associated with pilotage, which would normally not have been possible. Operations such as dredging, hydrographic surveying, buoy moves, V.T.S watch keeping, Tug boat operations, pilot cutter boarding’s & landings etc. Being given a chance to observe these operations allows the pilot to have a much deeper understanding of the “Bigger picture” of what goes on within a port.

I also completed a diploma in marine pilotage, through the maritime training academy. This consisted of 10 module subjects delivered over a series of study weeks, with a 3-hour exam accounting for 75% of the total marks.

After spending 1 year based on the Humber, I then moved down to South Wales, where I would commence a 1 year training program to eventually authorise as a pilot for the South Wales region. This covers the ports of Newport, Cardiff, Barry, Port Talbot & Swansea, as well as the River Usk.

As I am now in my second year of training, I will be looking to complete the “End point assessment” in order to complete the apprenticeship, as well as becoming an authorised pilot. To authorise as a pilot, I will be required to complete a local knowledge written exam, an oral exam with the Pilotage manager & Harbour master, as well as have onboard assessments by a senior pilot for each port (1 inbound & 1 outbound).

The end point assessment will be completed by external assessors and will consist of an interview type exam, as well as an onboard practical exam (Observation of an act of pilotage).
Find out more about the latest vacancies and register your CV here
Original Source (Blog/Article) by ABP
What's your opinion on this?
Login or register to write comments and join the discussion!
Read more...

Video Training of the Elbe pilots - documentary (in german)

by Marine-Pilots.com - published on 6 October 2020

We frequently search the internet for our members and find job offers for pilots or Harbour Masters.

Marine Pilot's Documentary showing the role of a pilot as they guide all types of ships to and from Harbor.
We produced this video in 2004.

Crowley Engineering Services has completed the design of the first fully electric U.S. tugboat with autonomous technology — providing operators a sustainable and high-performing solution for ship assist and harbor services in any port.

Each pilot association and each country can get a good overview of how other colleagues approach safety.
Ship crews can see which rules apply in which country.
In any case, this list from IMPA is worth looking through and reading.

The 186 m long M/T TOWER BRIDGE is inbound to Oil harbour 4, Shell 101 berth. We were assisted by two Boluda tugs, REBEL and HUDSON and the Rotterdam Boatmen.

The boat is specially designed for transport of up to 12 passengers and 2 crewat high speeds. Sheltered steering position with full enclosed front, raises the comfort onboard. The boat is significantly lighter than the market average which benefits fuel consumption and adds to the already proven seaworthiness. 9m ProZero P-top crew boat is designed for quick and safe transfer mission of personel and cargo. The boat is built in light-weight materials to decrease weight and enhance mission...